The Dominican Republic’s recorded history began all the way back in 1492 when Christopher Columbus discovered the island while exploring for the Spanish crown.  Columbus declared the eastern half of the island a Spanish colony, naming it Hispaniola. The Dominican Republic is the earliest of all of the European colonies in the western hemisphere and became the main base for the expanding Spanish empire.

When Columbus arrived, the island was inhabited by indigenous people called the Taínos. They lived off the land eating mostly vegetables, fruit, meat and fish. There aren’t many large animals native to the Caribbean, so the Taínos were very skilled fishermen. The Taínos were very spiritual people and were generous and welcoming towards the Spanish conquistadors trading with them and sharing knowledge of the island. Sadly, this relationship did not last, with rebellions, massacres, and enslavement from 1494-1496 killing an estimated 100,000 Taínos.

In 1496, the capital Santo Domingo was built erecting the new world’s first cathedral. To this day, the Zona Colonial still stands as the historic central neighborhood of Santo Domingo and the oldest permanent European settlement of the Americas.

From 1492 until 1795, the island was a Spanish colony, until it started to lose to the western half of the island, becoming a French colony from 1795 to 1844.  In 1844, a revolution led by the founding fathers, Juan Pablo Duarte, Ramón Matías Mella, and Francisco del Rosario Sánchez, brought the independence of the first republic. The Dominican Republic proclaimed its independence, making it the first, and oldest, European colony in the western hemisphere to become free. The country kept its independence from 1844 to 1861 but struggled, facing post-war bankruptcy. The government feared a collapse, and for that reason, negotiated with Queen Isabella II of Spain, and from 1861 to 1865, the island returned to a Spanish colony for post-war aid. The island was restored and gained independence from Spain once again in 1865 until the United States occupation in 1916 which lasted until 1924. 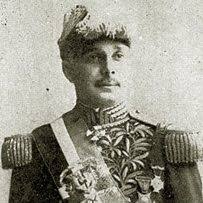 Here begins the third republic, also known as the Trujillo Era. Horacio Vásquez was democratically elected as President and was in office from 1924-1930. He brought social and economic prosperity and was respected for his focus on political and civil rights. Rafael Trujillo, an army officer, seized power during a military coup in 1930 and led a brutal dictatorship for 31 years. Trujillo established absolute power, repressed domestic human rights, promoted economic developments for his supporters’ benefits, spied on the general public with secret police, and kidnapped, tortured, and murdered civilians. He was finally assassinated in 1961, freeing the country from his cruel rule.

Joaquín Balaguer took office briefly following the assignation only to be replaced by Juan Bosch in 1962 who was quickly overthrown by a right-wing military coup in 1963, leading to the second United States occupation from 1965 to 1966. This occupation helped to establish democracy leading to Joaquín Balaguer becoming President from 1966 to 1978.

In 1978, Antonio Guzmán was elected and inaugurated, marking the first peaceful transfer of power from one freely elected President to another in the Dominican Republic’s history. A member of the Dominican Revolutionary Party, Guzmán remained in office until 1982 when Salvador Jorge Blanco won the elections. Only in office for one term, Blanco lost to Balaguer in 1986, marking Balaguer’s third presidency.  He remained in office for ten years.

In 1996, Leonel Fernández, a member of the Dominican Liberation Party was elected as President in alliance with Balaguer; however, he only lasted one term losing to Hipólito Mejía in 2000. The Hipólito Mejía administration brought bankruptcy, inflation, and instability to the country, leading to Leonel Fernández second administration in 2004 lasting until 2012. During this time, the nation was subjected to economic austerity to deflate the peso and fix the financial crisis.

In 2012, Danilo Medina was elected for his tax reform focus. A member of the Dominican Liberation Party, he was re-elected in the 2016 elections and is President today. 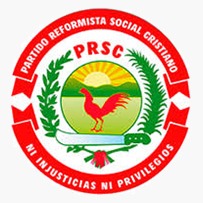 Joaquín Balaguer established the Social Christian Reformist Party in 1963. It started as an anti-trujillista militant group that formed into a Christian democratic right-wing political party. Members of this party believe in reformism, Christian democracy, liberal conservatism, social conservatism, and economic liberalism. After Balaguer’s death in 2002, the party saw a significant decline and in 2010, formed a partial alliance with the Dominican Liberation Party choosing not to run a Presidential candidate in 2012. 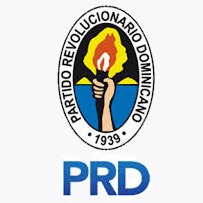 Juan Bosch founded the Dominican Revolutionary Party in 1961. The initially left of center Social Democratic Party has shifted more right of center since the 2000’s. The PRD was the first populist democratic leftist principles party based on mass membership in the country. Members of this party believe in populism, social democracy, and conservative liberalism. 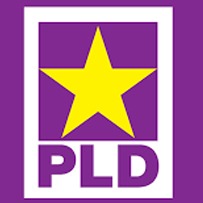 The Dominican Liberation Party was founded by Bosch in 1973 and is the progressive party. Members of this party believe in populism, progressivism, civic nationalism, social democracy, social liberalism, and left-wing nationalism. 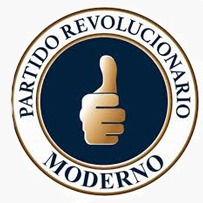 The Modern Revolutionary Party is a relatively new social democratic party established in 2014. The PRM is a more liberal and progressive division of the PRD. Founded by Rafael Abinader, this party is categorized as center-left, and members believe in social democracy, democratic socialism, progressivism, and labourism.

The President of the Republic represents the executive branch and is appointed by direct elections. The executive branch designates the government cabinet, enforces laws from the legislative branch, and acts as commander and chief of the armed forces and national police.

The judicial branch is the Supreme Court of Justice, made up of 16 members nominated by the three original political parties. These judges oversee jurisdiction over deeds against the President, members of the governments’ cabinet, and over legislators.

Invest in Dominican Republic, do business with the world

Find out why
Go to Top